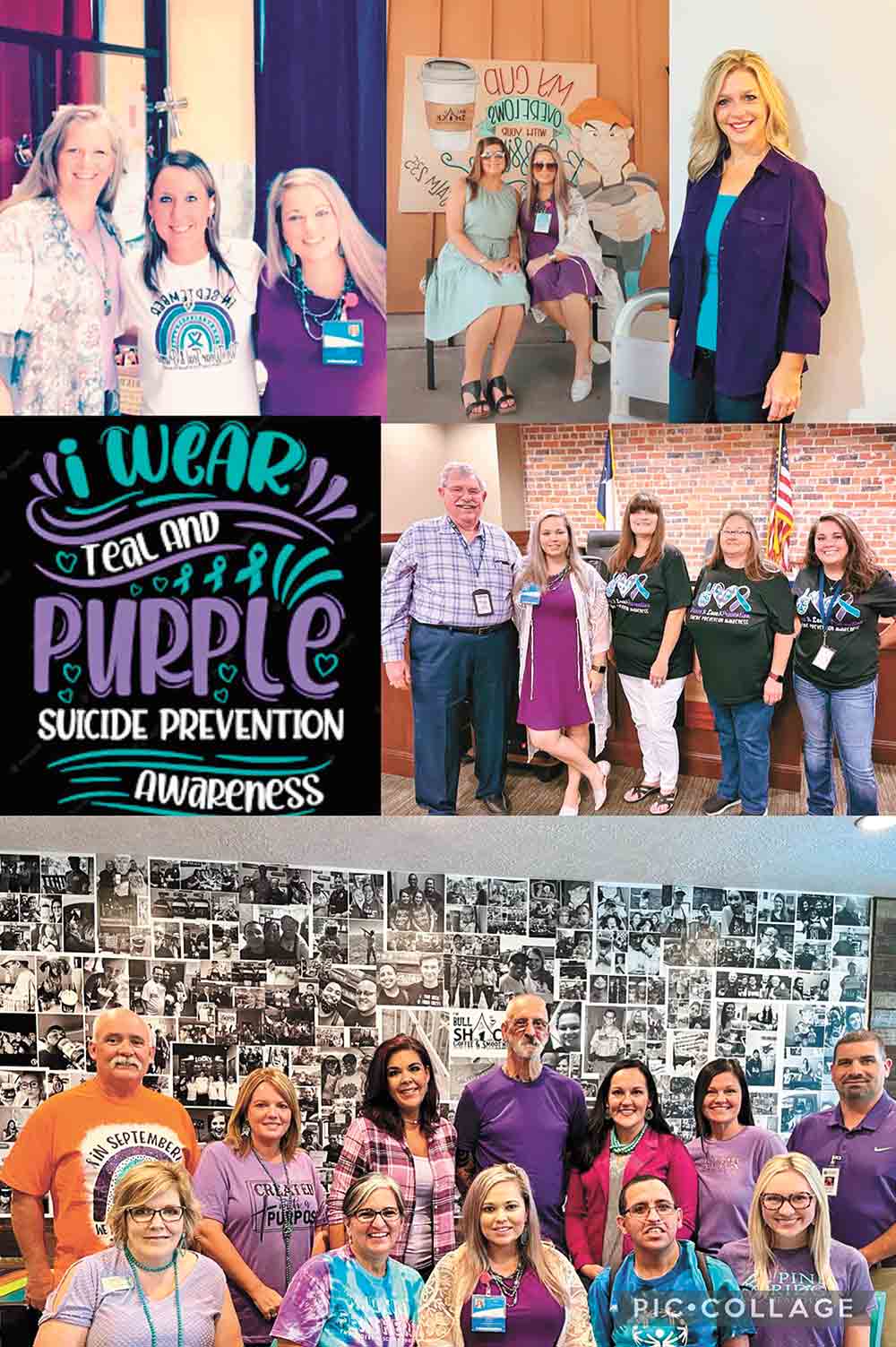 “Wearing purple and teal is more than putting two colors together. It’s about showing that even in your toughest times you’re not alone and it’s okay to not be okay,” according to Shelby Willmon, a representative of Oceans Behavioral Healthcare of Lufkin, a free-standing psychiatric hospital specializing in all mental health. According to Willmon, suicide cases are rising every year and suicide is the 12th leading cause of death in the U.S. In 2020, 45,979 Americans died by suicide and the number has risen since the pandemic. In 2020 there were an estimated 1.2 million suicide attempts. “No one wants to talk about it, but suicide is real and until we talk about it just like we talk about heart attacks, being a diabetic or any other medical problems, we’re going to keep seeing a rise in suicide. Let’s end the stigma and start talking about how we can prevent and show awareness to all mental health,” Willmon said. Representatives of numerous local health care agencies partnered with Willmon recently to bring awareness to this problem. Top row (l-r) Jennifer Livingston, April Howell, Willmon, Jessica Andreas, Willmon and Pam Holmes. Middle row (l-r) Precinct 1 Justice of the Peace Darrell Longino, Shelby Willmon, Sharon Cain, Donna Durr and Brandi Lowrie. Bottow row (l-r) Patrick, Julie Hill, Jennifer Long, Ricky Taylor, Christina Wood, April Bourque, Michael Hill, Rachel Deason, Julie Kauitzsch, Willmon, Sammy The Bull and Madison Hudspeth. Courtesy photos