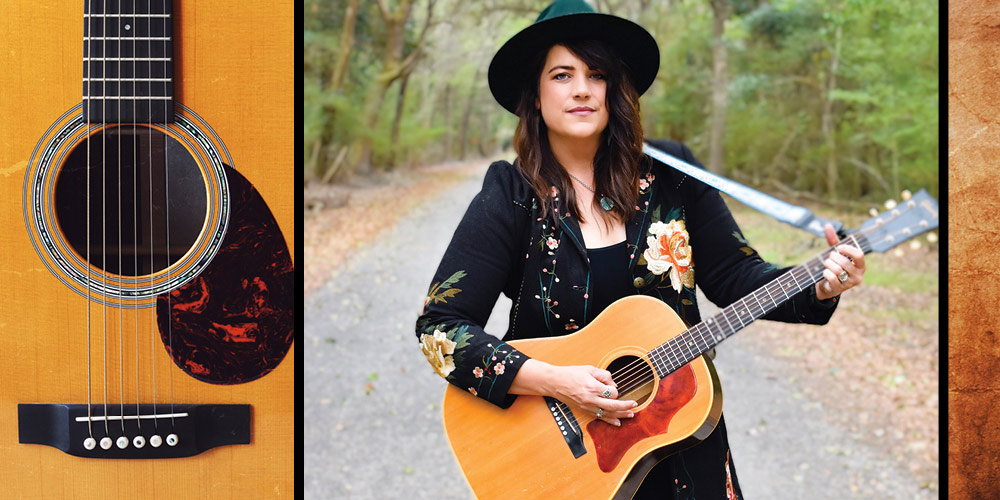 Courtney Hale Revia, who recently celebrated the release of her critically acclaimed new record “Growing Pains”, will take the stage at 7 p.m.

WOODVILLE – The Heritage Village stage at Heritage Village will play host to one of the brightest young singer-songwriters in Texas on Saturday, Sept. 10 for the Village’s “Jam on the Green” concert.

Courtney Hale Revia has a rich legacy gift of music, for her late father, James Hale, was a beloved and prolific singer-songwriter. Hale died last year but had entertained countless visitors to Heritage Village during Harvest Festival, and other events, usually with his wife Priscilla.

Revia is based out of Beaumont, where she owns and operates 7 Oaks Event Garden, a popular venue for top-shelf singer-songwriters.

Her previous two albums, Simple Things and Tattered, released in 2015 and 2018, respectively, helped earn her a following, and she has shared the stage with a variety of acts in a variety of legendary rooms through the region, such as the Old Quarter in Galveston and Courville’s in Beaumont.

The gates open at 6 p.m., which will allow anyone who attends the opportunity to tour the Village, said Heritage Village Director Ofeira Gazzaway.