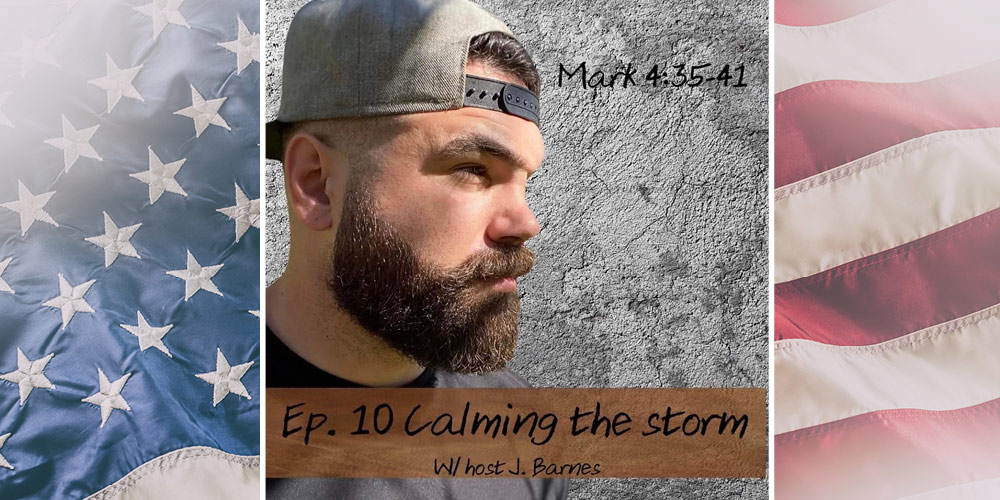 Jonathan Barnes, “J” as his friends know him, is a Crockett High School graduate who has recently developed a program to help veterans transitioning from their time in the military back into civilian life. Because J spent more than 10 years in military service, he’s not just spouting platitudes when he shares his story. He’s lived it.

For as long as he could remember, J wanted to join the military. As J said, “The moment I saw a Marine Corps recruiter walk into the Crockett High school cafeteria, I knew that I was going to join.” J actually tried to enlist that very day, but since he was a freshman, he had to wait. Two weeks after his high school graduation, at the age of 18, J left for boot camp.

In the Marine Corps, J was a 6333 aviation electrician on the EA-6B Prowler. He also spent time as a range coach. During his stint in the Corp, J was stationed at MCAS Cherry Point, North Carolina. He went on a few small rotations to Alaska and Arizona and was deployed to MCAS Iwakuni, Japan, and AI Udeid Airforce Base in Qatar.

In 2016, J left the Marine Corps to try his hand at being a civilian, but as he said, “The Marine Corp was all I knew since high school.” He struggled to transition into his new lifestyle. Frustrated, J tried to return to the Marines, but they wouldn’t allow him to re-enlist, so he joined the Army instead, where he served until January of 2021.

“A lot of people struggle to find purpose and understanding when they leave the service. Life in the military [compared to civilian life] is like day and night. Humor is different. Your way of life is different. There, you have a purpose, you know your role, and you execute that role. Outside the military, you have to find your own purpose in life.” It leaves many with a feeling of emptiness, confusion, and loss.

J also says that while in the service, he turned away from his faith. “I would preach to my friends on the porch back in high school,” he said. “But something happened when I went on deployment. You’re away from People who kept you grounded.

You’re surrounded by different mindsets and different beliefs. And you start to question things.” J says that the second he exchanged his belief in Jesus for doubting or unbelief, he began a downward spiral. “I began making bad choices that impacted my life. I struggled with depression and suicidal thoughts that landed me in the psych ward for a week.”

After J left the military, he still struggled, not only with his integration back into civilian life but with his abandoned faith. J recalls the time, as a teenager, when he felt that God was calling him to be a chaplain in the ministry. “But I rejected that calling in order to join the Marine Corps and have a regular enlisted experience.”

In hindsight, J says that decision caused him to begin to lose his faith. He describes his gradual loss of faith as that of slowing depleting a wallet full of money. “It’s like you spend, and you spend until before you realize it, the money is gone. Losing your faith is the same. The further you move away, the less of you have until it’s gone.”

Many believers find that it’s during the most mundane circumstances that God speaks to them. While building an entertainment center, J says he could feel God telling him it was time to do what he’d been called to do. He realized there was a need to help veterans through that transition period from their military service back into regular life.

Because of his own turnaround experience, God gave J the heart to minister to those dealing with the same issues he had encountered, which, as J says, tends to be just about every veteran.

J recently launched his podcast, “Stay in Step,” which relates to veterans from a military and spiritual viewpoint. He provides veterans an ear to listen, someone to talk to, advise, and assist with any needs that they may have. “And I pray for people who request prayer.” So far, J has received positive feedback about his podcast. “I don’t have a huge following or audience just yet, but God will bring “Stay in Step” to those who need it.”

J has received calls from active duty service members reaching out to him about their depression or family members trying to understand what may be happening with their service members. He currently ministers to one soldier dealing with thoughts of suicide. J provides not only one-on-one conversations but is also in contact with several outside sources who can assist individuals dealing with mental health issues.

The daughter of one veteran told J that the podcast helped her understand what her mother went through in the military and what made her who she is today. J also worked in unison with the 1433 Marine Corps League in Houston County, where he is Junior Vice Commandant, to help a veteran repair his porch and assisted another veteran in obtaining a wheelchair, both at no cost to the individuals.

Going forward, J hopes to develop a “round the clock” team of individuals who can minister and assist veterans with any and all needs they might have. “These men and women need to know that there are people who care about their well-being,” J said, “and show them that their service was not for nothing.”