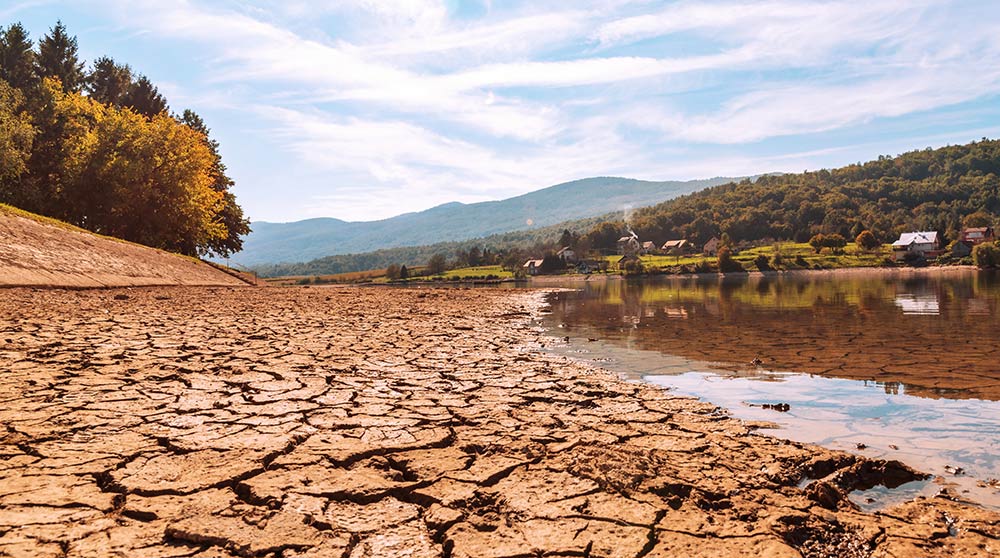 According to the Handbook of Texas Online, “Droughts have been a problem in Texas since the Spaniards explored the area.”
Records from as far back as the 1500s indicate that Texas is no stranger to drought. European explorer Cabeza de Vaca noted that near the site of what is now known as Presidio, he found a population of farmers who had not seen rain for two years. In 1756 a drought in Central Texas dried up the San Gabriel River, causing missionaries and Indians to abandon the area. In 1822, Stephen F. Austin’s colonists lost a corn crop for lack of rain. It seems as though each decade has been marked by at least one period of drought.

As if lack of rain wasn’t enough, these dry periods were accompanied by plagues of grasshoppers, brush fires, dust storms, crop failures, livestock deaths, and disease from insufficient or impure drinking water. And in some areas, entire communities were uprooted and moved in an attempt to escape the blight. Texas historians note that one of the worst droughts in its history happened in West Texas, from 1884-86, where thousands of immigrant farmers that had moved to the area abandoned their failed farms and returned East.

The Handbook of Texas Online states that “drought occurs when an area receives, in a given year, less than 75 percent of its average rainfall. The number of drought years in each of 10 geographical areas of Texas in the 100 years between 1892 and 1992 was as follows: Trans-Pecos, 16 years; lower Rio Grande Valley, 17; Edwards Plateau, 17; South Central, 15; Southern, 15; North Central, 12; Upper Coast, 13; East Texas, 10; High Plains, 10; and Low Rolling Plains, eight.”

One of the worst droughts in Texas occurred in the 1950s and lasted nearly seven years, as lakes dried up and streams and rivers became a trickle. There were several less severe rain shortages in the 1970s, but many today remember the massive heat wave that blistered most of Texas in 1980 and continued to affect the state, reaching extremes in the Pecos River valley in 1983. In 1984, the drought shifted to the East, affecting central and southern Texas. Some towns ran out of water; others put rationing orders in effect. In August of 1999, excessive heat resulted in sixteen fatalities in the Dallas/Fort Worth area. The following year, extreme heat struck again, with a ten-day average of 103.3 degrees at the Dallas/Fort Worth Airport.

In 2001, the Rio Grande ceased to flow into the Gulf. And in 2005-2006, another drought caused statewide losses of $4.1 billion.
One of the most recent periods of drought and oppressive heat occurred in 2011, which cost the Texas economy $8.7 billion in livestock and other agricultural losses. Rice farmers in Austin were cut off from Highland Lakes water. Texas A&M scientists estimated the number of trees destroyed statewide by wildfires that year at more than 300 million.

In 2011, environmental reporter Asher Price wrote, “Experts warn that a warmer Texas will lead to declines in dairy production, steeper competition for water, and spikes in disease.” Many will recall the ninety days of temperatures in the 100s. Well-established trees were lost, lakes dried up, and people began to stay indoors, like a self-imposed seasonal affective disorder.
Sound familiar? So, where does it all end?

Historically it appears that drought relief has come at the expense of weather disturbances such as tropical storms or hurricanes originating from the coast. This year, coastal counties have benefited from the rain from some tropical disturbances, but most of the state remains in drought.

How much worse can it get? Fear of vegetable and fruit shortages, lack of hay for cattle, resulting in less beef production, water rationing, and increases in water rates – all are valid concerns. But as Sam Houston once said, “Texas has yet to learn submission to any oppression, come from what source it may.”

Texans have a reputation for ‘toughing it out.’ The current drought may be a struggle, but we will get through it. We always have.