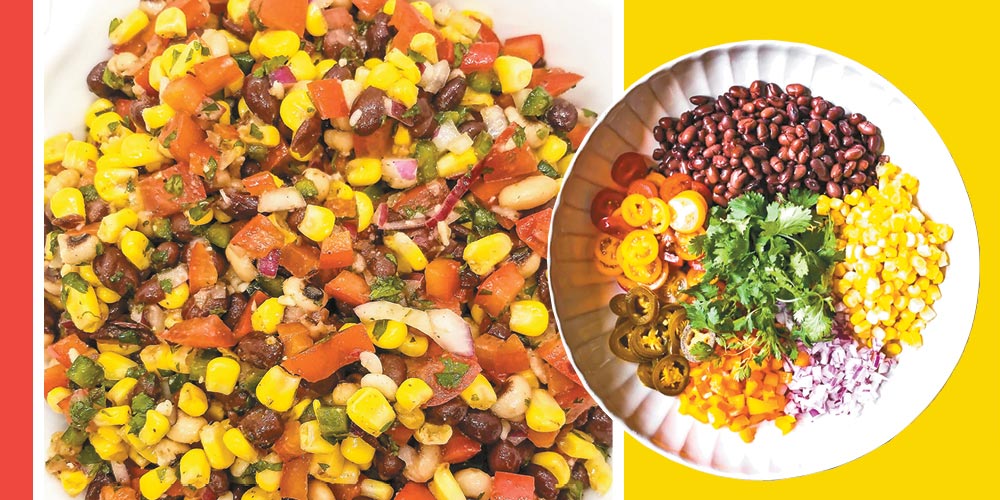 Conquering My Culinary Bucket List One Dish at a Time

Although I don’t have a TikTok account, I’m not unfamiliar with it. Anyone with a teenager is familiar with TikTok. For those who may be in the dark, TikTok is a social media platform for creating, sharing and discovering short videos. The app is used by young people as an outlet to express themselves through singing, dancing, comedy and lip-syncing, allowing users to create videos and share them across a community. However, it’s being used more and more frequently in the kitchen. With lots of pro chefs and bakers on the app, it’s actually becoming a treasure trove of cooking hacks and recipes.
While Facebook and Instagram are my primary go-tos for social media, I’ll confess that I do check out TikTok from time to time just to see what the latest viral sensation is when it comes to food and drink. There’s always some dish or recipe or ingredient that’s caught everyone’s attention. I well remember last year when “Baked Feta With Tomatoes” became a TikTok sensation. Well, that actually happened in 2019. It just didn’t trickle into my realm until last year.
One of the latest dishes to become a viral sensation on TikTok is “Cowboy Caviar,” also known as “Texas Caviar.” While I’m thrilled that younger generations are discovering it, let me just say that I’ve been enjoying this for a long time albeit with a different name. A friend introduced it to me years ago as “San Antonio Black Bean & Corn Salad.” It’s a versatile, forgiving, healthy and delicious dish and it only involves a little chopping and a little whisking.
The dish actually originated with Chef and Cookbook Author Helen Corbitt (1906-1978), a native New Yorker, whose illustrious career spanned nearly 40 years in Texas. According to a Dallas Morning News article by Leslie Minora, Corbitt moved to Austin in 1931 from her job as dietitian at Cornell Medical Center in New York City to become an instructor and manage the tearoom at the University of Texas.
According to Texas Monthly’s Courtney Bond, Corbitt was lured to the Houston Country Club before operating the tearoom at Joske’s department store in Houston and had started her own catering business when the Driskill Hotel called her back to Austin. She later became director of food service for the Zodiac Room at Neiman Marcus in Dallas. According to a Dallas Morning News article by Joyce Senz Harris, Corbitt first served the dish on New Year’s Eve at the Houston Country Club around 1940 and later served it at the Driskill Hotel in Austin where it was given the name “Texas Caviar.”
According to Patricia Sharpe, Texas Monthly’s food editor, Corbitt received – and declined – an invitation from Lyndon Johnson to serve as White House chef. An early advocate of using the finest, freshest ingredients, Corbitt was known to travel widely searching for new culinary inspiration. She left Neiman-Marcus in 1969 to write, teach and consult. Stanley Marcus declared her “the Balenciaga of food.”

• Place the beans, black eyed peas, tomatoes, jalapeno, corn, avocado, bell pepper, onion and cilantro in a large bowl.
• In a small bowl, whisk together the olive oil, lime juice, honey, chili powder, cumin and salt and pepper.
• Pour the dressing over the bean mixture and toss gently to coat. Serve as a salad or with chips.

Recipe notes:
— To make ahead, assemble according to instructions, except omit the avocado. Refrigerate for up to 8 hours. Add the avocado right before serving.
— Sara, the blogger who creates dinneratthezoo.com, offers some additional flavor variations in the event you want to add more ingredients to turn it into more of a meal, adding that there are so many ways in which the dish may be customized. Some of her suggestions include: stirring in 1 ½ cups of diced cooked chicken or small shrimp; stirring in ⅓ cup of crumbled bacon right before serving; leaving some of the seeds and ribs in the jalapeno and adding a dash of hot sauce to the dressing; adding ⅓ cup of crumbled feta or cotija cheese; and adding other veggies to the mix such as roasted zucchini, poblano peppers or cucumbers.

My notes:
— I used frozen corn that I thawed in the fridge overnight.
— I used a red bell pepper instead of an orange one. You may use any color you like.
— Although I planned to wait until just before serving to add the chopped avocado, I ended up completely forgetting about it, leaving it out and making avocado toast with it the following morning.