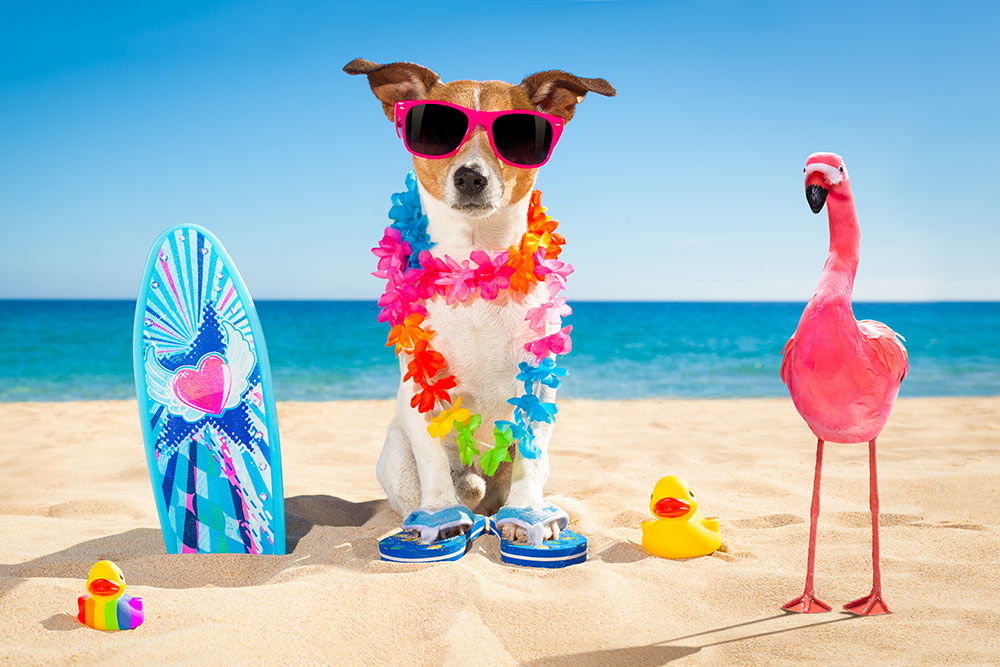 “Dog Days are approaching; you must, therefore, make both hay and haste while the sun shines, for when old Sirius takes command of the weather, he is such an unsteady, crazy dog, there is no dependence upon him.” – The Old Farmer’s Almanac, 1817

“Dog Days of Summer.” You’ve heard the phrase all your life, but you might not know exactly where the term comes from. Did it come from visions of the old family hound lounging around listlessly on the shaded porch or under the shadow of a tree because it’s too hot to do anything else? While that sounds logical, the origin of the term is actually found in the stars.

Ancient Greeks noted that the most intense heat of the summer occurred during a time when the brightest star in the sky rose and set with the sun. They named the star Sirius, after the dog belonging to the mythological hunter Orion. Even the Romans used canine terms when they included the star in the constellation Canis Major – latin for ‘Greater Dog.’

Other than the sun, Sirius is the brightest star in the sky. In ancient times it was believed that the rising of the super-bright star at dawn, combined with the sun, created the sweltering summer temperatures. Even the name Sirius stems from the Greek word seirios, meaning “scorching.” The Romans called the convergence of Sirius and the sun as the “days of the dog star.” The period lasted from around early July to mid-August.

The Roman poet Virgil wrote, “fiery Sirius, bringer of drought and plague to frail mortals, rises and saddens the sky with sinister light.” The Dog Days were believed to be a time of drought, bad luck, and unrest - a time when animals and men alike would be driven mad by the extreme heat.

Whether there’s truth or not to that legend, here are some tips to help you get through the Dog Days of Summer.