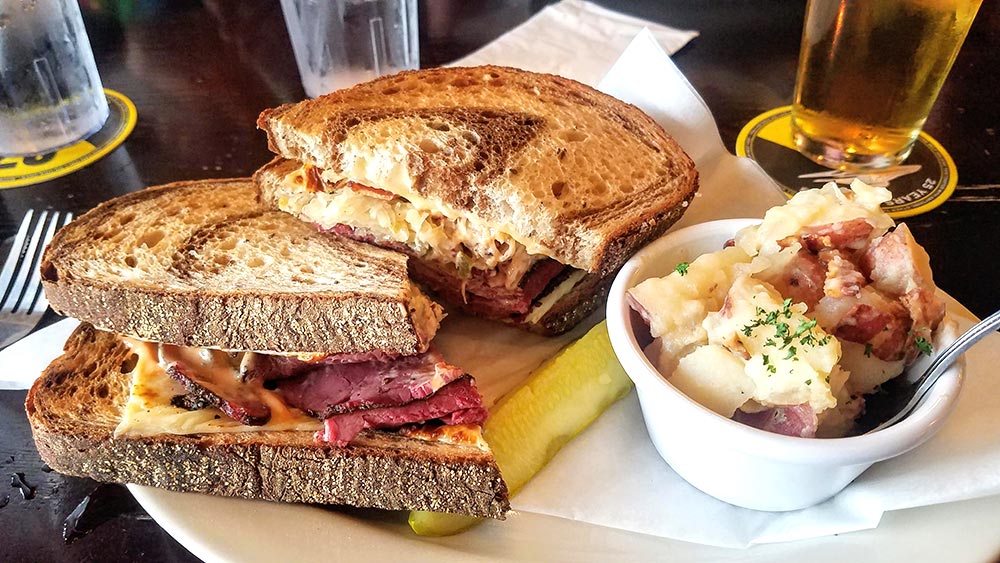 Conquering My Culinary Bucket List One Dish at a Time

Over the holiday weekend we took the opportunity to get out of town for a few days for a little break. There’s a musical artist I was turned on to several years ago that I’ve been wanting to see live ever since. When I discovered some months back that he’d be in Houston on July 3, I immediately went online and bought tickets. Sunday night concerts are usually not an option for us, but with this falling the day before a holiday, I knew it was doable.

Jason Isbell is a singer-songwriter and guitarist from Alabama who now resides in Nashville. I’d call his style of music folk/Americana but that really doesn’t adequately encapsulate it. His storytelling-style of lyric evokes a myriad of emotions, compelling you to reflect. As he sings the lyrics – whether it’s the tenderest, but especially the grittiest – there’s no denying he’s lived firsthand what he sings.

The closer it got to the weekend, I made the executive decision to book a hotel room downtown near the concert venue where we could spend a couple nights, relaxing and recharging. We could sleep in, swim, maybe catch a movie and definitely enjoy some good meals.

A weekend away to recharge is always a good thing. So much for relaxing at the pool, however, as Daughter forgot to pack her swimsuit. It was just as well though. The pool was a bit of a disappointment with its postage-stamp size. Had we opted to take the plunge, it wouldn’t have been relaxing at all, but more like sitting in a large bathtub with a bunch of strangers.
The Jason Isbell concert was magical, even surpassing my expectations. Although Hubby was not as familiar with Isbell and his music prior, I can honestly say – and he’d agree with me – that he “gets it” now.

Sometime back around the end of school and beginning of summer, Daughter had expressed an interest in seeing “Jurassic World: Dominion,” the latest in the dinosaur movie franchise. I’d never even seen the first one, much less any of the sequels. Turns out, there are five that come before the one presently in theaters. So, having gone many years without watching a single

Jurassic Park movie, I recently found myself managing to watch the first five over the course of about a week and a half. We went to the theater to catch the new one. Even though it had received an awful score on Rotten Tomatoes, our go-to for movie reviews, we actually found ourselves enjoying it.

We thoroughly enjoyed our weekend and had a great time, but let’s get to the food because you know I made sure we did some good eating.

Our first evening there we walked to Cellar7 located at 610 Main St. Daughter ordered gumbo and braised beef mac & cheese. That’s my girl! She LOVES her gumbo and she LOVES her mac & cheese. The gumbo comprised andouille sausage, chicken, shrimp, okra, bell peppers and white rice. The braised beef mac & cheese was topped with green onions. Hubby selected a half rotisserie Rosemary chicken that was accompanied by broccolini and mashed potatoes. I ordered the pancetta shrimp carbonara which included linguine, blackened, carbonara pancetta and egg yolk, topped with shredded parmesan. I knew that would be plenty, but I just couldn’t resist ordering a side of the Brussels sprouts amandine dressed with a balsamic glaze and sliced almonds. Surprisingly, Daughter found the gumbo to be a little on the bland side. And Hubby’s favorite part of his meal ended up being the broccolini. He said the chicken was tender and moist, but unfortunately, lacked flavor. My meal was excellent.

For brunch the following morning, we decided to try The Moonshiners Southern Table + Bar located at 1000 Prairie St. The place was so packed there was no seating inside, only on the patio. Ordinarily, I try to avoid alfresco dining in July in Texas at all costs. However, once ensconced under the canopy with numerous oscillating fans and a bit of a breeze, we found ourselves quite comfortable.

Daughter chose breakfast tacos which were three tacos with scrambled egg and a choice of brisket or pulled pork, served with homemade salsa. She opted for the brisket. Hubby selected pulled pork tacos which were three flour tortillas with slow smoked pulled pork, signature slaw and Sriracha crème fraiche. I went for the breakfast burger, a half-pound beef patty grilled to perfection, topped with cheddar cheese, applewood smoked bacon, a fried egg and barbecue hollandaise sauce on a toasted English muffin, accompanied by French fries. Hubby and Daughter both loved their tacos. They were so big that neither was able to finish them. My selection certainly wasn’t photogenic but it was darn good.

For lunch on our last day, we went to Flying Saucer Draught Emporium located at 705 Main St. Daughter enjoyed cheese fries loaded with spiced beef, cheddar-jack, bacon, chives and jalapenos, served with ranch for dipping. Hubby selected a Space Club sandwich which was smoked turkey, ham, applewood smoked bacon, lettuce, tomato, mustard-mayo with cheddar cheese and jack cheese on a La Baccia Bun, accompanied by French fries. I ordered the Reuben-esque sandwich which was Boar’s Head pastrami, jalapeno-kraut, melted Swiss cheese and 1000 Island dressing on toasted marble rye. I selected German potato salad for my side. We all three enjoyed every bite. 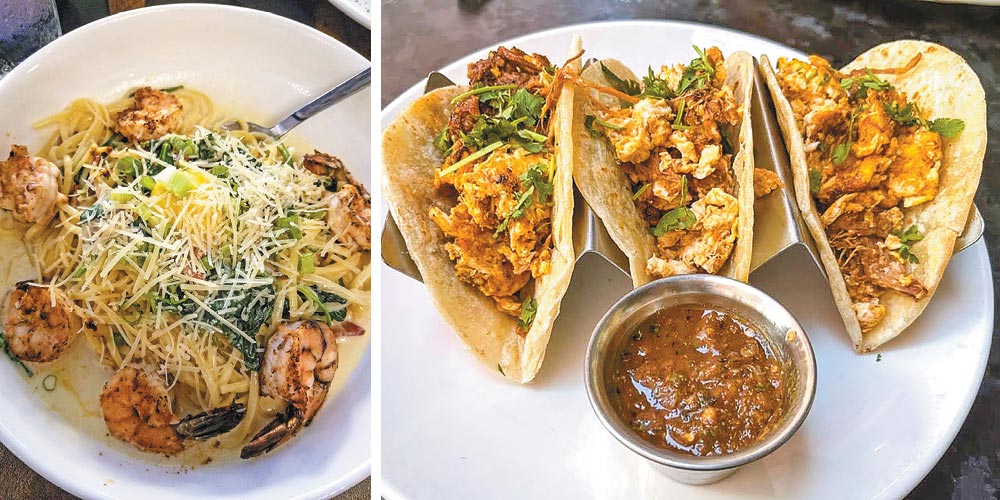